Well, it’s not a secret that Rhodes has a legendary historical past. So, is it really a surprise that Rhodes sightseeing is one of the best- if not the best- things to do in the island?

Rhodes, literally breaths history. The island has been inhabited long before the famous Knights era, so it’s not hard to guess why there are so many places to visit!

Let us guess, though. You have no clue what these places are.

No sweat, we got you covered! We made a complete list of the 7 must places to visit in Rhodes so that you can officially claim to be a Rhodes history expert. Well, kind of. But, if you are a history nerd, trust us, you’re gonna love it!

1. The Archaeological Museum of Rhodes 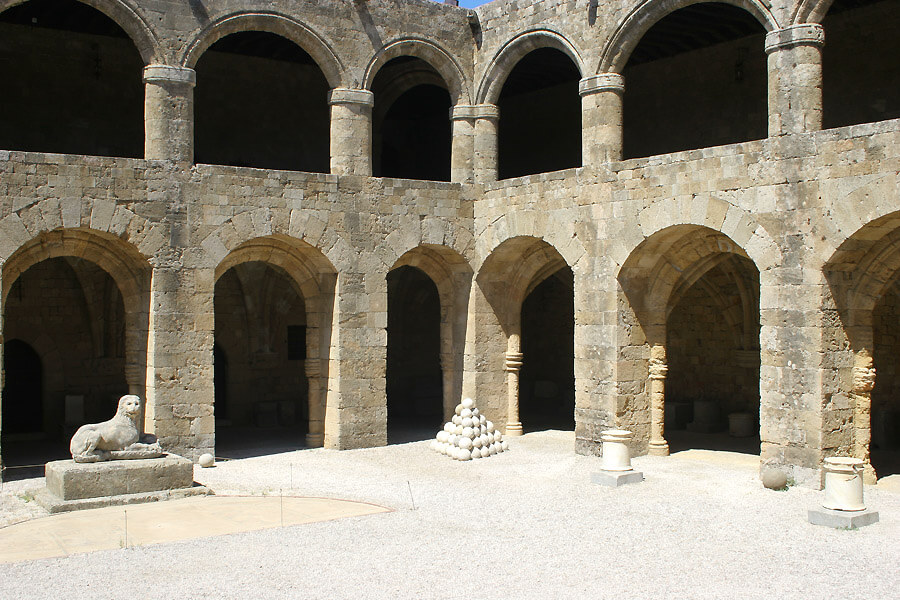 To start with, this museum has an awesome location.

The Archaeological Museum of Rhodes is housed inside the building that used to be the Hospital of the Knights. Can you even imagine how many years of history it holds both inside and outside of it?

The construction of the Hospital of the Knights started in 1440 by Grand master de Lastic. It was completed, though, 49 year later by Grand Master D’ Aubusson. Built according to the Gothic style, the museum has some Renaissance architectural features and an interior courtyard!

As for the exhibits, the Archaeological Museum of Rhodes has a permanent exhibition, which contains findings from archaeological excavations made in Rhodes and the rest of the Dodecanese islands. Such findings are Mycenaean jewelry, small objects and vases, sculptures from the Classical and Hellenistic period and Rhodian coins, also from the Hellenistic period. Knights-related exhibits couldn’t be missing! In the Archaeological Museum of Rhodes, you’ll find the embossed tombstones of the Knights, knight emblems and even a Roman sarcophagus(!). 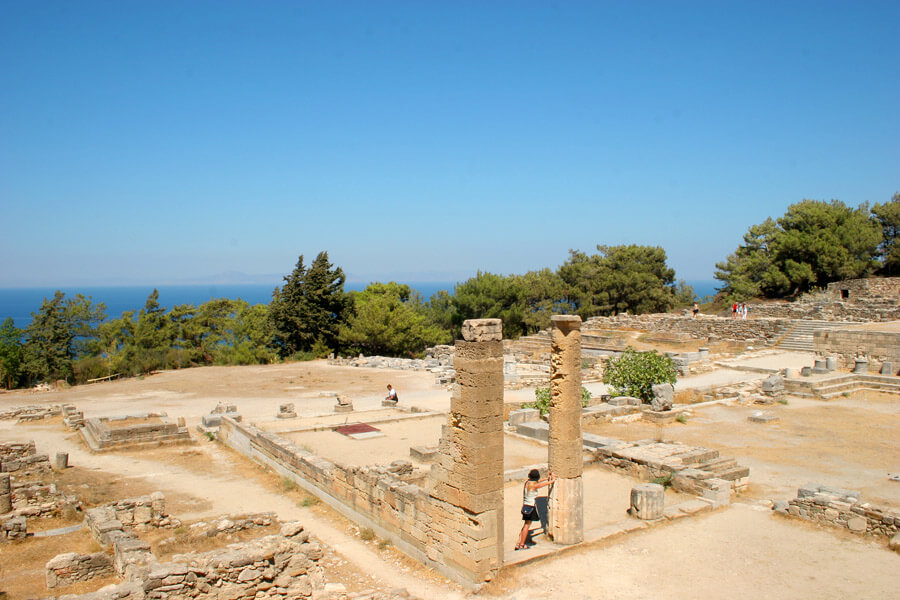 Do you want to learn something interesting about Ancient Kamiros?

It is often referred to as the Pompeii of Greece, as nobody knows the reason why it was abandoned!

The archaeological site of Ancient Kamiros dates back in 3rd century A.D.! Kamiros used to be one of the most important towns in Rhodes and was at its peak during the Archaic and Hellenistic period. The town of Ancient Kamiros was originally built amphitheatrically on the slopes of a hill and had a sea view. What’s more, thanks to its agricultural production, it used to be a big agricultural center during ancient times.

The once glorious town is nothing but ruins now, but you can still admire the remains! Among the ruins, you’ll find the ancient market, a Doric temple, houses, temples, and many arches.

Many of the findings in Ancient Kamiros, such as clay pots and dishes, are exhibited in the Louvre museum and the British Museum. The atmosphere in Ancient Kamiros, though, is still magical and its glorious past can still be felt, making it a very unique site worth visiting in Rhodes! 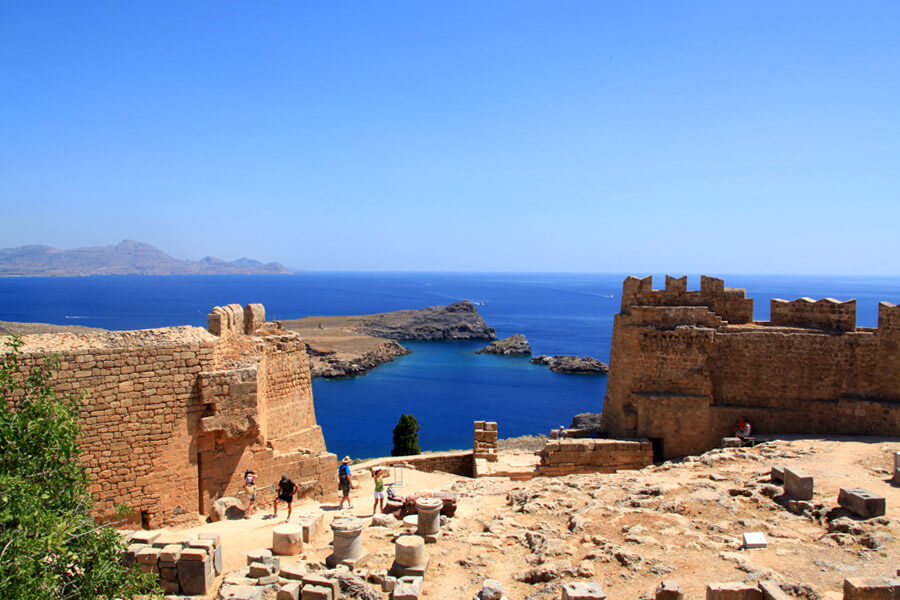 If we had to put a finger on one archaeological site you should definitely have to visit in Rhodes, it would be the Acropolis of Lindos.

It’s not a secret that the Acropolis of Lindos is not only one of the trademarks of the island and a very important monument, but also a perfect place to explore, along with Lindos village.

Located on a 116 meters high slope hill, the Acropolis of Lindos overlooks the picturesque Lindos village and has a breathtaking sea view. Inside the Acropolis, you’ll find among others, the Doric temple of Athena, the Propylaea of the Sanctuary, a Rhodian trireme engraved on a rock and the “Hellenistic Stoa”.

But even if ancient ruins aren’t your jam, you can still capture some amazing photos of the enchanting scenery, as the Acropolis of Lindos boasts one of the most breathtaking views of the island. 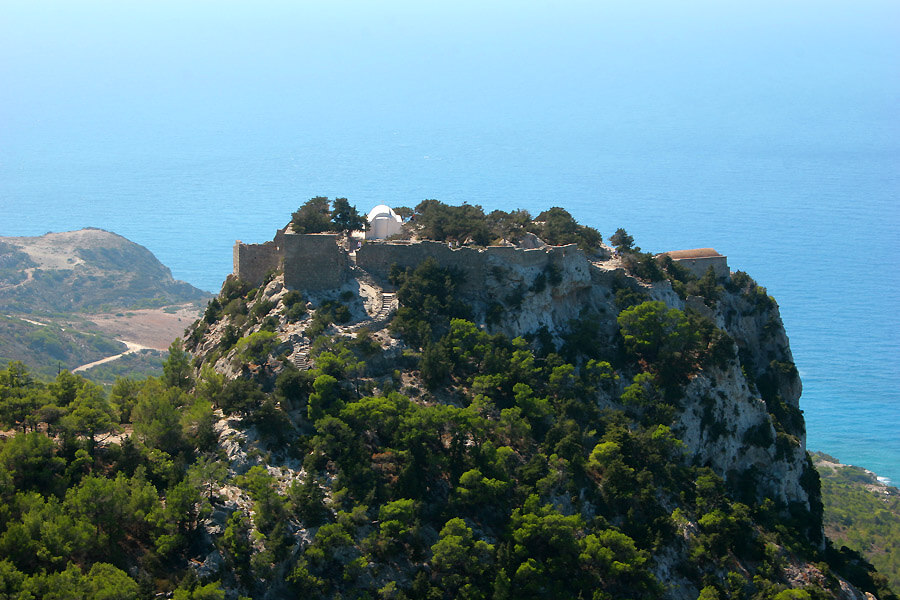 Trust us, this castle is too good to miss!

Let us set the scene. Monolithos Castle is located on the top of Attavirio mountain, 73 km away from Rhodes Town and it’s one of the 4 castles of the island, constructed by the Knights. It was constructed by Grand Master D’Aubusson in 1476 in order to oversee the entire area of south Rhodes and protect the residents from pirates’ attacks. The castle indeed has never been invaded!

Inside the castle, you can still find some traces of buildings and tanks, while there is also the well-preserved chapel of Saint Panteleimonas.

The view from the castle of Monolithos is breathtaking, so make sure you don’t leave your camera home if you’re visiting. You can see the Halki island, Alimia island and the shores of Turkey! 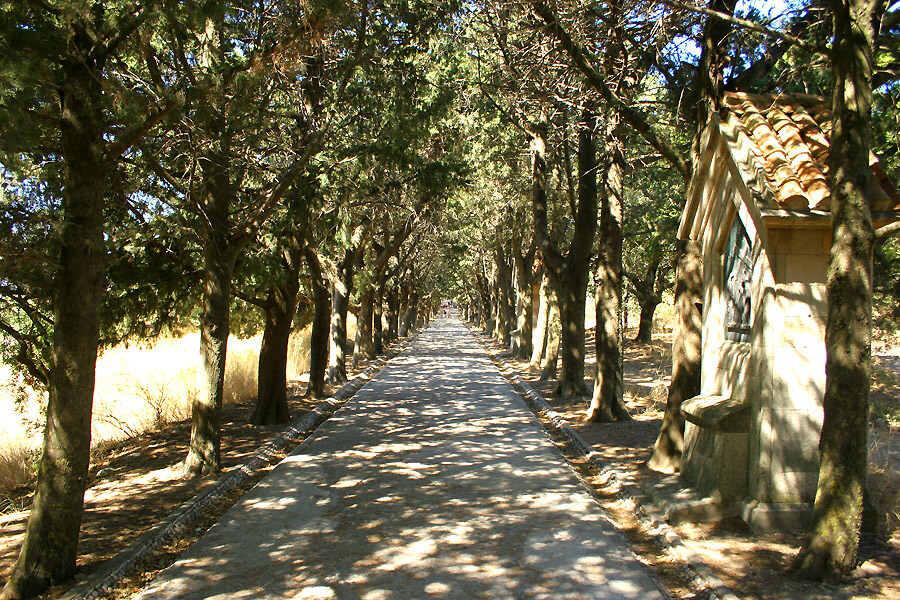 Along with Lindos and Kamiros, Ialyssos was one of the most important towns of the island during the ancient times. According to archaeologists, Ialyssos used to consist of many agricultural settlements and an Acropolis.

The Acropolis of Ialyssos is located on the top of Filerimos hill and was inhabited since prehistoric times. Inside the Acropolis, you can still find, among others, the remains of the Doric temple of Athina Pollias, a 14th-century temple constructed by the Knights, Byzantine fortifications, a Medieval church and the chapel of Saint George.

The best part about the ancient Acropolis of Ialyssos, though, is its view. It’s really worth to climb the internal stairs of the 18 meters high cross you’ll find in the area. Once you reach the top, you’ll stand in awe in front of the amazing view.

Interesting fact: You’re likely to come across peacocks and their babies while strolling around Filerimos hill!

6.The valley of butterflies 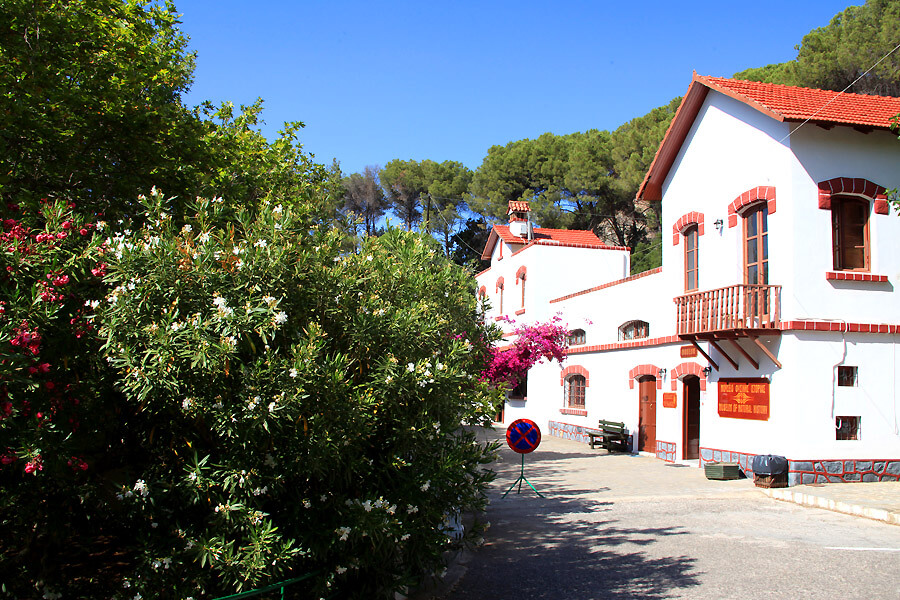 If you go to Rhodes and don’t visit the valley of butterflies, did you even go to Rhodes?

Truth is, the valley of butterflies is widely famous not only in Rhodes but also in the whole of Greece.

But there’s an important thing you should have in mind when visiting the Valley of butterflies. The butterflies finding shelter there, are on the last stage of their lives, meaning they cannot eat anymore. That’s why they rest all day, saving their energy. Any disturbance, such as loud noises, will cause them to fly away, consuming their precious energy and eventually die.

That’s why you should respect the butterflies and quietly observe them during your visit.

7.The Palace of the Grand Master 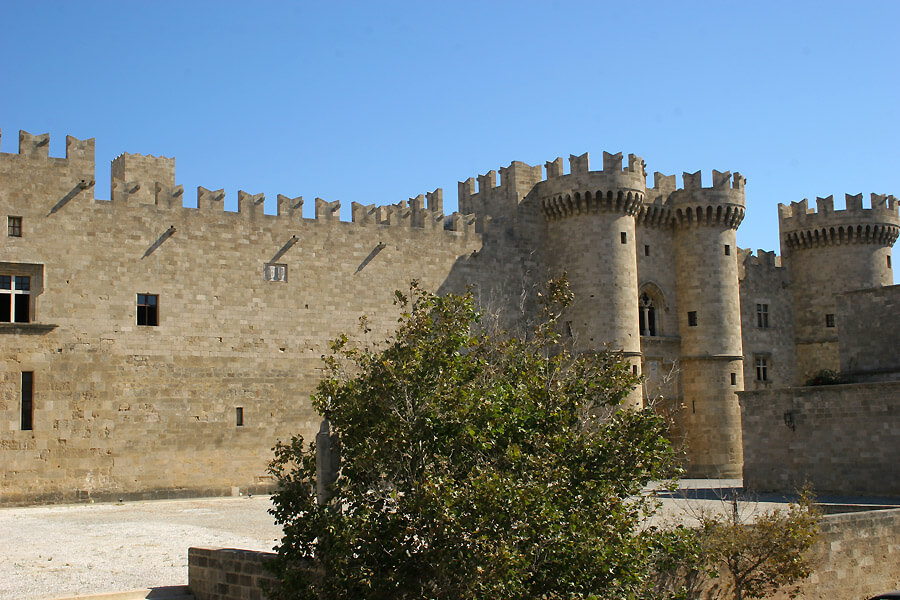 The Palace of the Grand Master (or Castello) is the trademark of Rhodes Old Town and has a great historical significance.

The Palace of the Grand Master was originally constructed in the 7th century and used to serve as an Acropolis. On 1309 the Knights of Saint John conquered Rhodes and reconstructed it, in order to be their master’s residence. Despite been destroyed in 1865 by an explosion, it was reconstructed once again, according to the original design during the Italian occupation (1912-1948).

Visiting the palace of the Grand Master will definitely travel you back to the Knights’ era. Strolling around the big halls and the beautiful interior courtyard, you’ll feel like living in the 14th century.

One of the most impressive features of the palace of the Grand Master is its floors. Yeah, you read that right! The place is full of amazing mosaic floors, constructed according to Roman and Byzantine style. Apart from the floors, inside the building, you’ll find sophisticated Medieval furniture, sculptures, mirrors, and paintings.

Knights, castles, fortresses, and butterflies. Those are some amazing things you’ll find in Rhodes, but that’s just the tip of the iceberg!

Here’s the thing: Rhodes holds many more surprises for you. The historical past of the island not only created great monuments but also inspired the architecture behind Rhodes hotels, squares, restaurants and so on!

So, if you’re looking for a holiday destination that will travel you back in time and amaze you with its history, search no more.

Put Rhodes on the top of your bucket list!